The Sofia District Court (SDC) announced its decision in the case of the Sri Chinmoy Center Association and two of its members against Desislava Panayotova, director of the Center for Religious Studies and Consultations (CRSC) within the “St. St. Cyril and Methodius” Orthodox church in Sofia. The Court found that Panayotova was liable for incitement to discrimination as she persuaded managers of concert halls in Sofia not to rent their venues to the Sri Chinmoy Center, because she considered them to be a “sect”. The Sri Chinmoy Center and its two members were represented by Margarita Ilieva, attorney-at-law and Director of the Bulgarian Helsinki Committee’s Legal Program.

This is the first case in which the court finds incitement to discrimination under the Protection against Discrimination Act not due to general hate speech against minorities, but because of  instructions to specific individuals to act in a specific discriminatory way against other specific individuals. For the first time, a person was ordered to discontinue such conduct and to refrain from further repeating that conduct.

This is the first agent of the Bulgarian Orthodox Church to be found liable for discrimination because of church activist propaganda against non-Christian groups.

The case made also an important advancement in relation to the rigid Bulgarian legal doctrine concerning non-pecuniary damages where it is required that the claimant prove their actual suffering in addition to establishing a violation of a right. Referring to the case law of the European Court of Human Rights in Iliev and Others v. Bulgaria and Radkov v. Bulgaria (II), the SDC ruled that the lack of evidence concerning the non-pecuniary damages suffered by one of the claimants is not a ground for rejecting his claim, because the mere perception by an individual that his right is violated is a negative experience which is subject to compensation. To assume that such a person has not suffered non-pecuniary damages would be not only “contrary to any logic and common sense” but also “an expression of unjustified formalism,” the court reasoned.

The Sri Chinmoy Center is an association that promotes yoga, meditation and a lifestyle according to the philosophy of Sri Chinmoy, an American spiritual leader. The association organizes concerts, exhibitions, and publishes literature. On multiple occasions between December 2006 and February 2008, Ms. Panayotova had their concerts cancelled, even though venue managers had already signed contracts with the association. Panayotova published on CRSC’s website which she manages articles depicting the association as a threat, and sent personal letters to – and in one case met personally – the managers of the venues, in order to insist that they shall not host the concerts of Sri Chinmoy in their halls despite prior agreements to that effect. Her tactics were successful, with one exception. Panayotova convinced the venue managers to break their contracts with the Sri Chinmoy association just days before the concerts, when the venue had already been announced, in order to prevent the events from finding alternative venues. Panayotova presented herself as a Doctor of Theology and director of a church organization at the "St. St. Cyril and Methodius" temple, which “cooperates with the Council of Ministers, the National Parliament of the Republic of Bulgaria and the media on the presence of the religious communities.”

“The Court cannot and does not wish to deny the right of [Panayotova] to form and justify her opinion on the applicants' beliefs and practices [...],” held the SDC. “It is unacceptable and unlawful, however, for her to […] influence third parties to disrupt the applicants’ events, to restrict their indoor meetings, including by calling on those persons not to comply with the agreements already agreed upon with the applicants to let a venue. [These beliefs] cannot be a pretext for her intentions to restrict the claimants’ social activities through third party conduct,” the court continued. The SDC found that Panayotova's intent (required by domestic law for incitement) was established, and that she was in a position to influence persons by presenting herself as a reputable, state-recognized expert.

The Court found that if Panayotova considered the claimants were involved in unlawful activities, she should have alerted the institutions, instead of organizing their persecution. Referring to the Constitution, the court stressed that, taking into consideration the separation of religious institutions and the state, it is unacceptable for representatives of one religion to persecute members of another group, and that the applicants have the right to conduct religious activities indoors without being registered as a religious entity.

Panayotova admitted before the court that she intended to “protect” Orthodox believers from the “influence of non-traditional religious cults” and that she represented the “position of the Orthodox Church”. She stated that her use of ‘theological concepts’ (‘sect’, ‘cult’, etc.) “does not allow a secular court to judge whether there is a violation of a secular law such as [the Protection From Discrimination Act] and even less so, to judge whether such speech can be qualified as ‘hostile’”.

Currently, Panayotova is editor-in-chief of the website of the Holy Synod of the Bulgarian Orthodox Church.

The two other respondents in this case - the St. St. Cyril and Methodius church and the Sofia Holy Bishopric, but due to the unregulated status and legal relationship of CRSC, the organization led by Panayotova, to these institutions, the Court found that were vicariously liable for Panayotova's offense.

The decision is subject to appeal before the Sofia City Court.

Margarita Ilieva commented on the court victory: “This decision is a first step towards placing Orthodox Church’s functionaries in their place in a democratic society. They must observe the law like all citizens and organizations. They owe respect to the rights of others, and are in no position to indulge in illegal conduct on grounds of their religion. They have no public authority in society. Public authority is in public institutions, which are secular. With this decision, the court clearly shows that the arrogant position of such persons that their words and actions are not subject to the law is inacceptable. The state is based on the rule of law.” ♦ 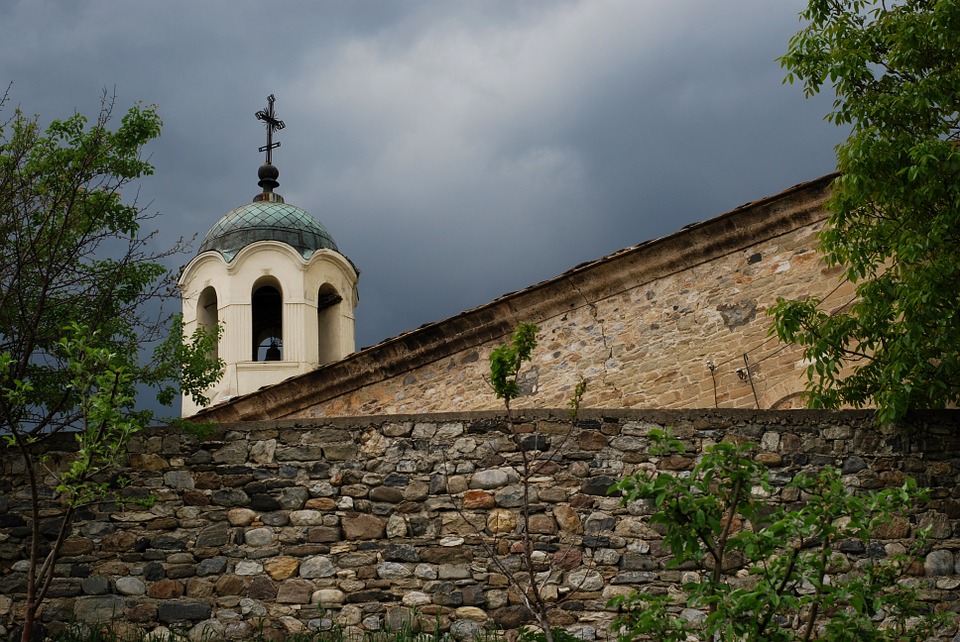