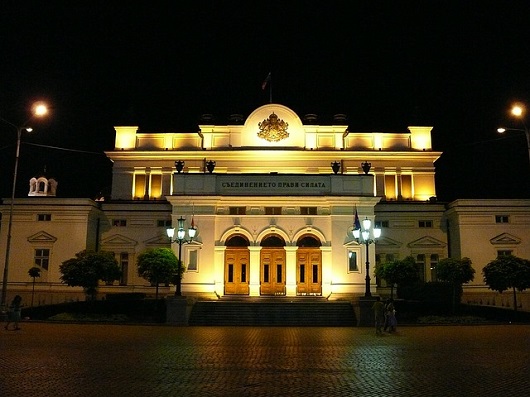 A group of MPs on July 4, 2017, submitted to the Bulgarian Parliament a draft amendment to the Judicial System Act. Key among all the additions to the existing regulations are the provisions that restrict the sources for financing of the professional organizations of magistrates - judges, prosecutors and investigators, as well as court clerks.

According to the bill, these groups will be limited only to membership fees, property contributions and donations from the members. Any other financing or donation of property in any form is prohibited.

According to the amendment, judges, prosecutors and investigators may be involved in scientific or educational activities only when "they are not funded exclusively by a foreign state or a foreign citizen."

The interpretation of the restrictive provision is so broad that it does not allow funding of professional organizations, nor does it allow magistrates to take part in scientific or educating activities even when the financial backing comes from the institutions of the European Union, the Council of Europe or the United Nations, despite the fact that the Republic of Bulgaria voluntarily accepted membership in these international organizations.

All of them are treated as a "foreign person." Currently, the magistrates' organizations are not funded by the state and the new regulations will prohibit funding from EU programs, although the state receives funds from these programs.

In the appendices, the motives for this draft amendment are described in a vague way. They pinpoint the demands to ensure "independence," "isolation from external intervention" and "public benefit."

It remains unclear, however, what kind of independence they are looking for, from which "external interference" they are defending, what the professional organizations of magistrates should be limited to, and what is the public benefit from all these.

It is well known that managing the autonomy of professional training is part of the independence of the judiciary.

The inclusion of these restrictive regulations in the Judiciary Act is unjustified, and the motives for doing that are completely untenable. Undoubtedly, they will restrict the right of magistrates to associate on a discriminatory basis, weaken their organizations, and, as a result, they will silence the voice of these professional communities.

Even under current law, a number of restrictions on magistrates' ability to occupy certain positions, to join certain organizations and trade companies and to engage in commercial activities. Some, though not all of them, are justified, since such formal contacts can create a conflict of interest and undermine the independence of magistrates when they exercise their duties.

Over 20 NGOs have taken a stand against the adoption of these restrictive measures. They urge the MP's to vote against them in order to reject them.

The ability of the non-profit organizations to raise funds is an integral part of the right of freedom to associate.

The draft amendment introduces restrictions on the right of magistrates to associate on a discriminatory basis because such restrictions do not exist in regards to any other professional organization in Bulgaria.